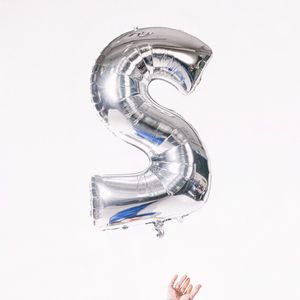 Album singles Mr. Rocknroll – for which Sam teamed up with Zurich-based fashion house YVY, whose fans include Madonna and Billie Eilish, according to the New York Times, for a signature line of Sam Himself Buckle Trousers) – Golden Days (Sept. 16) and Never Let Me Go (July 22), the album's title track, previously offered a taste of Sam's sophomore effort: the soundtrack for the first day after what looked like the last one, fueled by the madness of a rapidly accelerating career trajectory, the thrill of touring again with his band, and the promise of a reopening world whose studios, stages and dance floors we get to share again at long last.

Heartland, the album's focus track, “finds Sam Himself at his most warm and soulful, offering up a soaring sound that brings hints of The Killers and The War on Drugs into the mix,” according to Under The Radar Magazine.

In Sam's own words, "'Heartland’ is a Fondue Western road movie, shot through the lens of someone who only has eyes for one other person, driving a stuffy Prius to the end of the world (or across three states, at least) just to be with them. If that sounds over the top, it is.”

Swap out the Toyota Prius for a busy tour bus and you'll get the music video, an eclectic collage of live footage, fan videos and self-made recordings of Sam and his band on tour – just in time before they hit the road again: Sam begins  the first leg of his European Tour in February 2023, confirming stops in Berlin, Vienna, and Zurich, with more to follow (incl. a string of US dates TBA).

Barely a year after Sam's debut album Power Ballads, a “well-crafted set of atmospheric post-punk,” according to KEXP broke Sam onto the international stage in late 2021, the two-time Swiss Music Award nominee closed out a busy 2022 with his second collaboration with the Basel Symphony Orchestra and a Brooklyn showcase in December; in January 2023, KCRW revealed that Sam's song La Paz was a Top Ten fan favorite within the station's Today’s Top Tune segment.

Wasting time clearly isn’t a skill you’ll find in the repertoire of the songwriter, performer and multi-instrumentalist. His prolific output speaks for itself: prior to Power Ballads, Sam was making a name for himself and his “smokey baritone vocals” (Under The Radar) with Slow Drugs (2020), the EP he released shortly after the outbreak of COVID-19. The artist was touring in Europe when the pandemic pulled the plug on live music - and Sam's return to New York City, his chosen home of the previous decade. The shock and solitude of that experience went on to shape Sam’s first album, on which Sam performed and recorded most instruments himself from a variety of DYI home studios.

“His deep, rich vocals remind us of the beauty that exists even during the darkest times.”

Never Let Me Go, by contrast, was inspired by new beginnings.

“The last couple of years took their toll on me like they did on all of us, but they also gave me a lot to be thankful for. It still feels like a small miracle that anyone cared about my music while we were all going through this pretty bleak time,” Sam says, not without a touch of Swiss understatement.

When his music started to make waves, Sam felt "stranded" in his hometown of Basel, Switzerland, for the first time since his teens. Still, he didn’t hesitate to meet the moment. Thus began a period of professional recognition and personal upheaval or, in Sam’s own words: “I didn’t sleep for a year.” Then came the biggest plot twist of the whole dizzying series, according to Sam: he fell in love.

“You couldn’t make this sh*t up,” he chuckles, describing the experience as seeing “actual daylight” again at the end of the proverbial tunnel for the first time since the outbreak of the pandemic. “When it became clear that I wouldn’t be going back to New York anytime soon, my whole world felt like it was going to end. It didn’t, fortunately. It just started over. And it’s been getting bigger ever since.” The flying sparks ignited Sam’s creative engine, too, and before long, he had an LP’s worth of new songs on his hands, each in its own way inspired by the fragile promise of having something to lose again – or someone.

To record his new material, Sam Himself rejoined forces with his  longtime creative partner, New York City-based producer and engineer Daniel Schlett. The pair had previously managed to produce most of Power Ballads remotely, exchanging home recordings while Sam was in "exile."

“Sam Himself uses a vocal power somewhere between The National's Matt Berninger and San Fermin's Allen Tate to sing songs of finding your place.”

It's love at first sight when Sam Koechlin moves to New York in the early 2010s with dreams of pursuing music -- and a few lessons to learn. His fascination for the city isn't exactly requited in the beginning as Sam embarks on a number of musical adventures, attends college and works odd jobs before launching his solo project Sam Himself in 2016. The name is born out of necessity and a concert promoter's ill-timed sense of humor one night in downtown Manhattan, when the other half of a short-lived musical duo fails to show up for a gig. Soon after, Sam connects with producer and mixing engineer Daniel Schlett, whom the artist affectionately dubs his 'Second Beatle'; their creative partnership lasts to this day.